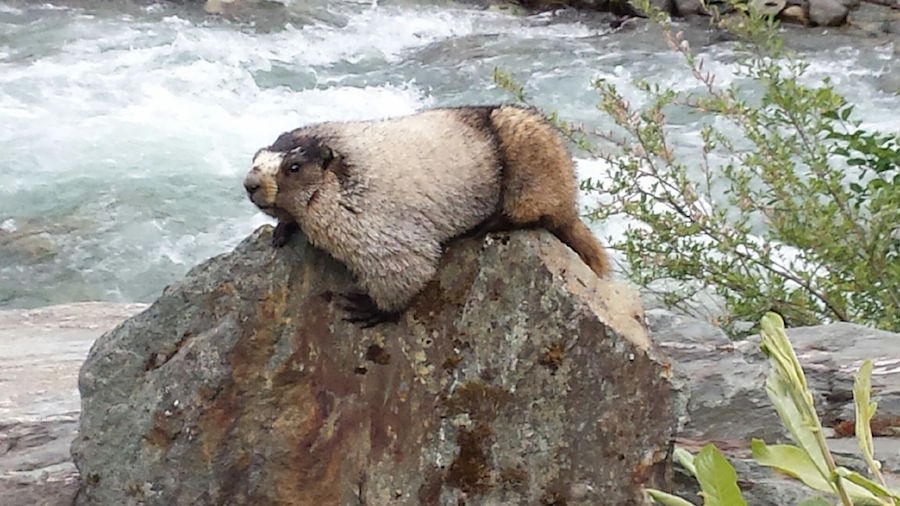 Situated in the coastal mountains of British Columbia, Whistler Mountain is known for its prime skiing and snowboarding in the winter season, and its plentiful hiking trails and festival activities in the summer. It is frequented by around 2 million visitors per year, according to the Whistler Resort Municipality website. Known as an iconic destination thanks to the 2010 Winter Olympics, Whistler is also known for having the most skiable terrain in North America.

Whistler Mountain holds much intrigue for not only the human visitors who frequent this popular tourist destination, but also for the animals that make their home nearby. But what many people don't know is that the keeper of the mountain’s namesake resides with a creature that some tourists may be lucky enough to encounter: the hoary marmot.

Hoary marmots are well known for the whistling sound they make when they feel threatened by danger. These curious animals, a common sight to see on Whistler Mountain, may be easily mistaken as an exceptionally large beaver or even a small bear. The marmot caligata are North America’s largest species of ground squirrels, weighing from anywhere between 8 to 20 pounds. They can be found as far north as Alaska, although their habitats are mainly confined to the west coast of North America.

The marmots' whistling can even sometimes be heard by tourists wandering near the outskirts of the village. It is from these silver-grey, brownish "whistling" creatures that the popular ski resort Whistler got its name. Not many people are aware of Whistler's relation to these furry mountain creatures.

Before It Was Called Whistler

Before the mountain region was given the name Whistler in the summer of 1965, it was called London Mountain after the heavy fog and mist that surrounded this coastal alpine region. Taken from a nearby local mining operation, the name London Mountain was then renamed due to its negative association with the London Fog, a thick smog during 20th century London.

In the 20th century, London suffered from a deadly smog caused by the burning of cheap coal for residential heating. Not only did the that branding portray Whistler as an unwelcoming site due to the weather, I’m sure a correlation between a deadly fog of the 20th century and a budding resort region would not be very favorable.

In 1932 on October 4th, the name London Mountain was adopted, but roughly thirty years later the name was changed to Whistler Mountain in honor of the whistle the marmots in the area make. This name change of the now iconic alpine ski resort region in British Columbia signaled the beginning of the ski resort development, from all the way back in the 1960s to present-day 2016, where the 2 million annual visitors can now, if they are lucky, spot one of these curious whistling marmots that gave the timeless mountain its iconic, endearing name.